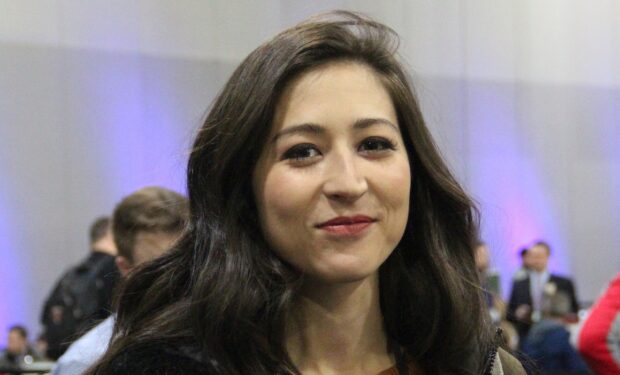 Mina Kimes is one of the four analysts on ESPN’s NFL Live, a talk show hosted by Laura Rutledge. On the show, with fellow analysts Marcus Spears, Dan Orlovsky and Keyshawn Johnson, Mina discusses the latest news coming out of the National Football league.

Prior to joining ESPN, Kimes was an award-winning business journalist at Fortune and later Bloomberg News. But it was her article How a Football Team Brought Me and My Father Together” on her Tumblr account that caught the eye of ESPN editors. (Although she’s never lived in Seattle, thanks to her father, she’s a Seahawks fan.)