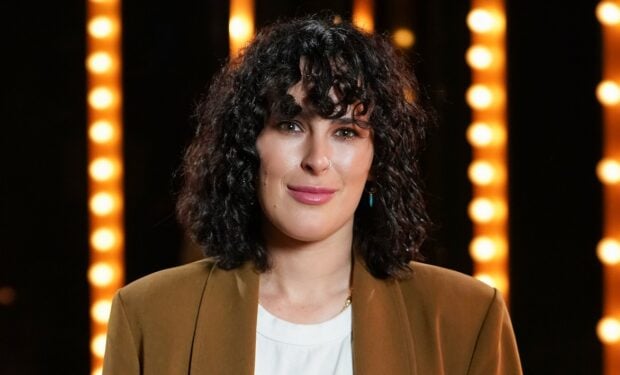 Rumer Willis on TO TELL THE TRUTH (ABC/Eric McCandless)

On Season 5 of To Tell the Truth, host Anthony Anderson (black-ish) welcomes a stellar new panel of celebrities to the TV game show.

Days before her appearance on To Tell the Truth with Mike Tyson, Rumer Willis has been flaunting gorgeous bikini and underwear photos like the one above which she captioned: “Self Aware Thirst Trap.”

Rumer added a poem with the Hanes underwear pic below which includes the lines: “I’m greedy for your touch” and “I want to be devoured.”