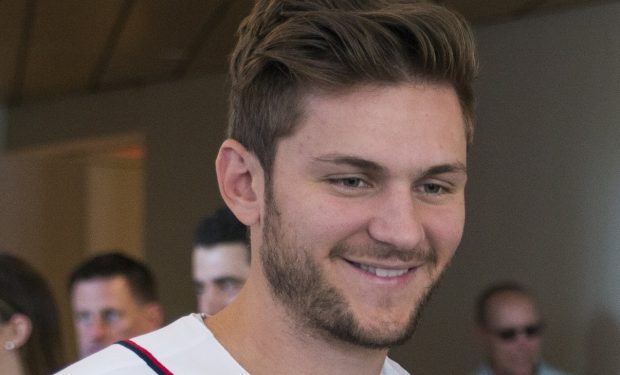 Trea Turner is the MLB shortstop playing with the World Series champion Washington Nationals. The 27-year-old played college baseball at North Carolina State before he was picked by the San Diego Padres in the first round of the 2014 MLB Draft. He was traded to the Nationals in 2015.

When not in the field, Turner spends time with his gorgeous wife Kristen Harabedian, whom he met at NC State, where she competed in gymnastics. In August, the couple announced they are expecting their first child – it’s a boy! She is due February 2021.

The Washington Nationals face the Atlanta Braves at Truist Park on Wednesday, August 19 at 7 pm on ESPN.