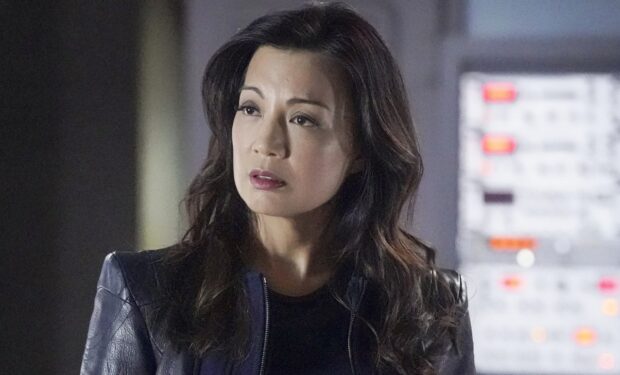 Actress Ming-Na Wen is well known for her role as Melinda May on Marvel’s Agents of S.H.I.E.L.D. She’s been playing Melinda for the past seven years! One day before the 2-hour series finale airs, Ming-Na will celebrate the release of her new movie Pearl.

The life of the protagonist Pearl (Larsen Thompson), a gifted 15-year-old student at a fancy private high school, is turned upside down when her mother (Sarah Carter) is murdered by her stepfather (Nestor Carbonell).

Pearl goes to live with an ex-lover of her mother, Jack, a grumpy unemployed film director (Anthony LaPaglia) who may be her biological father.

In the trailer (above), Pearl is told by the headmistress of her school (Ming-Na Wen) that she’s no longer welcome at the school and claims that the school’s program “would only add to her stress.” Jack isn’t buying it!

Pearl is written and directed by Bobby Roth, who has directed a handful of Agents of S.H.I.E.L.D. episodes (2013-2015), among many other TV series.