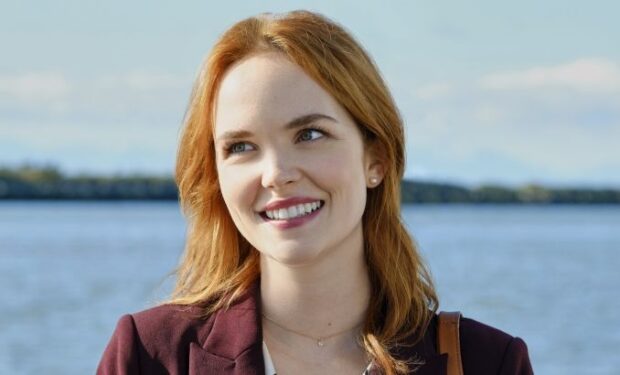 Interior designer Lily (Morgan Kohan) is the protagonist of the new Hallmark Channel movie Love on Harbor Island. She leaves her big city career in Seattle and returns home (a quaint island on a harbor) to help her Aunt Maggie (Brenda Matthews) who had a fall, run her bed and breakfast.

[So many Hallmark movies, streaming here.]

When Lily first meets handsome seaplane pilot Marcus (Marcus Rosner), she’s not impressed… but then she learns that he rescues dogs too, and well, sparks fly.

When not on a movie set, Morgan Kohan enjoys the outdoors and sometimes in a bikini as seen in the gorgeous photos above and below. She captioned the strapless bikini pic above “daydreaming about my future puppy.”

Love on Harbor Island premieres on Hallmark Channel on Saturday, August 8 at 9 pm.