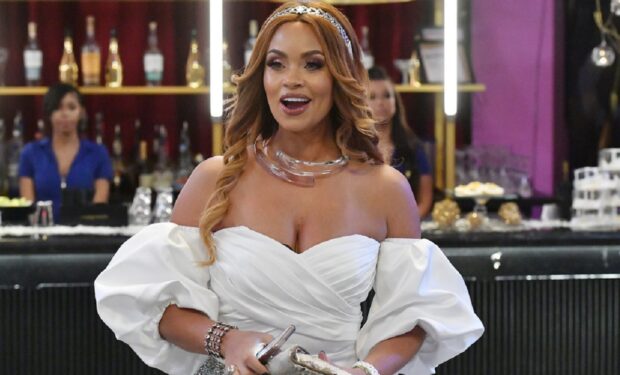 On the Season 5 premiere of The Real Housewives of Potomac, “Old Testaments, New Revelations,” while Ashley struggles to adjust to life as a new mom, and Candiace and Chris celebrate their one-year anniversary with a diamond themed party, Bravo says Gizelle Bryant “rekindles her relationship with ex-husband and pastor Jamal Bryant.”

In the sneak peek video below, the Bryants’ three daughters “aren’t as supportive of their parents’ re-union.” In a super awkward conversation (watch below), the girls tell their mother they feel like they’re “third, no, fifth wheeling” with their parents. The youngest says, “It’s definitely different.” Gizelle tells them: “I think you should trust your mother,” and they say they want to but “we know what he’s done in the past.”

The Real Housewives of Potomac airs Sundays at 9 pm on Bravo.