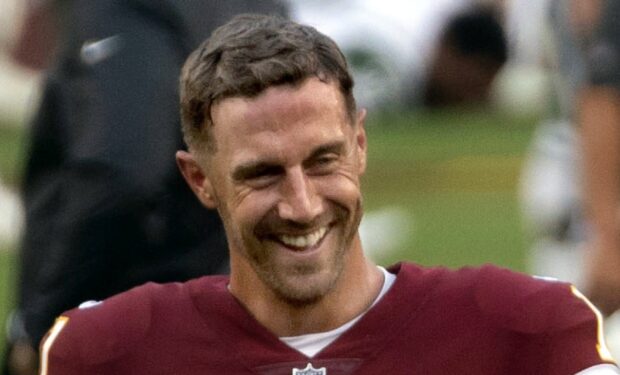 While collegiate football conferences including the Big Ten and PAC-12 have cancelled their fall seasons, the 2020-21 NFL season is scheduled to kick-off on September 10: the Houston Texans face Super Bowl 54 champions Kansas City Chiefs in Missouri.

Although fans won’t be able to attend live games and watch in the stadiums, they can continue to play fantasy football online. ESPN analysts including the network’s Senior Fantasy Analyst Matthew Berry are ready to help NFL football fans with their draft tips.

The day before ESPN’s SportsCenter Special: Fantasy Football Rankings, Berry has been advocating for Alex Smith, the quarterback who has made a remarkable recovery after a severe injury that nearly cost him his leg. Today, Smith was cleared by the Washington football franchise and activated.

While Berry demands: “Give him comeback player of the year now” and says they should re-name Comeback Player of Year The Alex Smith Award,” not everyone is feeling it.

One fan replied: “I’m sorry but this is nothing to get excited about” and others think Smith “should retire.” Another chimed in: “QB controversy already TMR!!” (TMR refers to Berry’s fantasy football website TalentedMrRoto.)