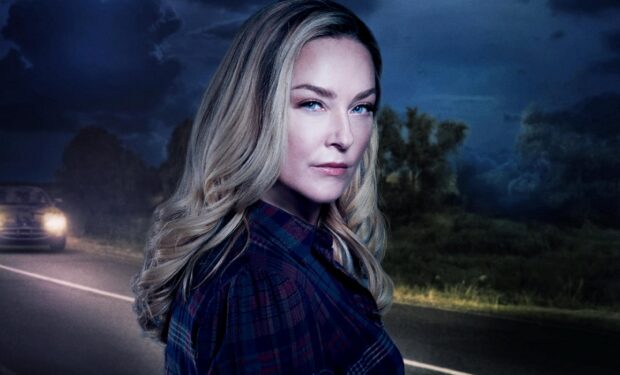 Spoiler alert: Grace finds a way to escape, goes into hiding, and then works with the police to bring Paul to justice so no other woman has to endure what Grace what through.

Actress and star Elisabeth Rohm tagged the trailer above #sexy #terrifying and #rippedfromtheheadlines.

Elisabeth has been promoting the film in a gorgeous “Mary” dress by designer Veronica Beard (see above). It’s a flattering silhouette detailed with subtly puffed shoulders, a V-neckline and Veronica Beard’s signature ruching.

Sleeping With Danger premieres on Lifetime on Saturday, August 1 at 8 pm.