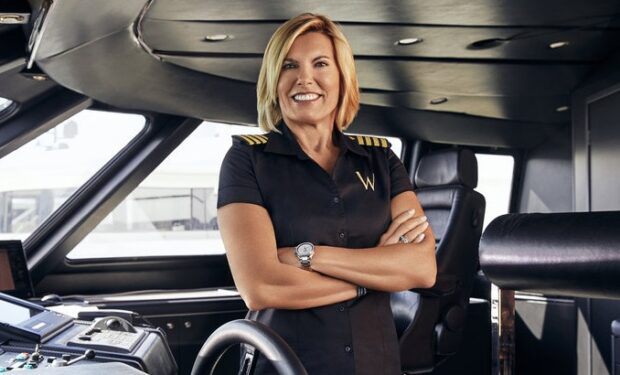 On the Below Deck Mediterranean episode ‘Cabin Fever,’ the crew enjoys a day off at an exclusive beach club in Mallorca, Spain, and romance is in the air when Malia’s boyfriend Tom arrives for a visit.

While Alex takes stock of his relationship with Bugsy, and Jess offers Rob a bold invitation, Captain Sandy struggles to find a suitable replacement for Kiko. But finding a new chef is the least of her worries.

According to Bravo, Captain Sandy learns shocking news about one of her crew members. In the sneak peek video below, Captain Sandy confronts them as says: “It has been brought to my attention that you have drugs on board.”