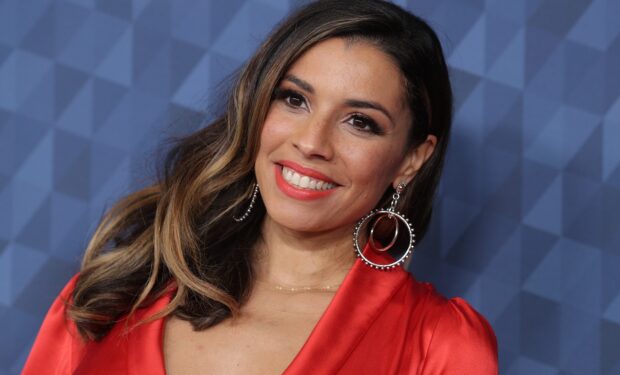 The protagonists of the new ABC sitcom United We Fall are husband and wife Bill (MADtv alum Will Sasso) and Jo (Christina Vidal). In the pilot, the married couple scrambles to get through each day with their two young daughters and overzealous extended families –including Bill’s judgmental mother (SNL alum Jane Curtin) who lives with them.

Christina made her acting debut in the 1993 movie Life with Mikey starring Michael J. Fox. She got the part of “Angie Vega” which reportedly made her the first Puerto Rican child actress to play a lead in a major American film.

P.S. She’s also the sister of actress Lisa Vidal, star of another new ABC sitcom The Baker and the Beauty).

United We Fall premieres on Wednesday, July 15 at 8 pm on ABC. [Watch on your phone with the ABC GO Digital App found here. Download is FREE.]