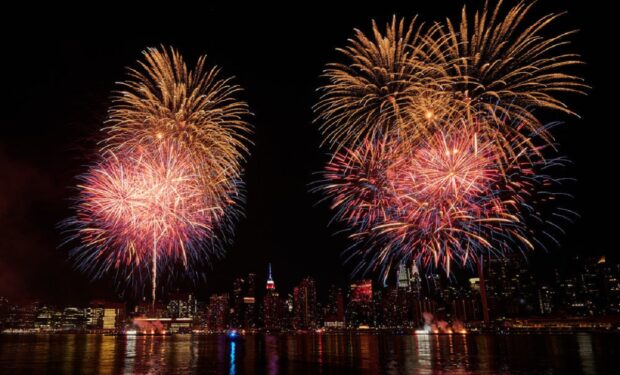 And then there are some names you might not recognize. Dr. Elvis Francois, an orthopedic surgery resident at Mayo Clinic who recently sang God Bless America (with Doctor Robinson at piano) at the Indianapolis 500 (see video above), will honor front line workers for the Fourth of July event.

Check out the doctors’ EP, Music Is Medicine. It includes “Lean on Me” and “Rise Up.”

When Dr. Elvis announced that he’s leaving the Mayo Clinic after seven years to start his Harvard Beth Israel Spine Fellowship, he celebrated with a “Feeling Good” dance video as seen above. That song is “Sunday Best” by Surfaces.

Dr. Elvis describes himself: “As the son of a Haitian single father working 2-3 jobs at a time to put opportunity on the table we have faced every single statistical probability telling us that this day would never come.” His father is a cab driver in New York City.