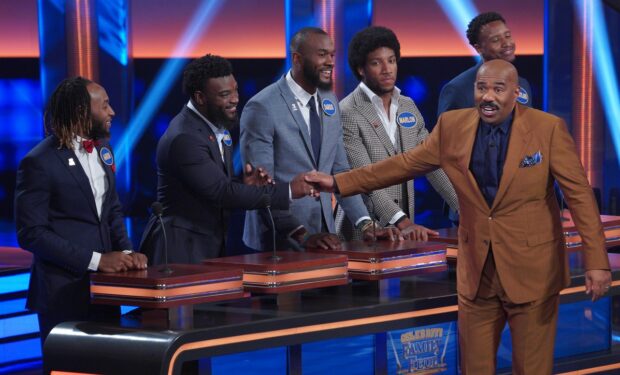 Harvey asks the contestants: “Name a place in your house outside the bedroom that you make love in.” Courtlandt says “the laundry room” and Harvey approves of the answer.

Before finding out if the answer is up on the board, Harvey addresses the audience and suggests: “If you have not tried it, you must try. Put the washer on spin cycle” and then he demonstrates the vibrating effect which has everyone including Super Bowl champion Damien Williams (Kansas City Chiefs) laughing hysterically. “And cut the heat on high!” says Harvey.

Celebrity Family Feud airs Sundays at 8 pm on ABC. [GIVE yourself or a FRIEND the GIFT of Amazon Prime!]