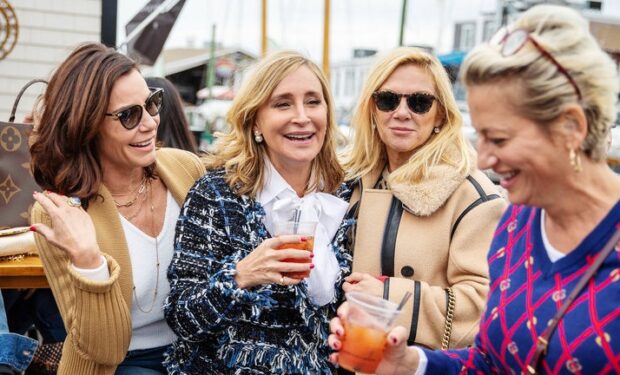 On The Real Housewives of New York City Season 12 episode ‘Not Feeling Jovani,’ Dorinda Medley once again invites the women to her mansion in the Berkshires, Blue Stone Manor. There, Sonja Morgan confronts Luann de Lesseps about paying her less than she deserves to perform in her cabaret show, and Dorinda steps in to defend Sonja.

When not filming Real Housewives of New York City, Sonja Morgan often films herself at home as seen in the video above. She says she’s wearing a dress she bought in the early 1990s and then gave to her daughter, who’s now 19!

“And I’m wearing it. And I’m proud of it!” Swipe to watch the two videos. The Real Housewives of New York City airs Thursdays at 9 pm on Bravo.