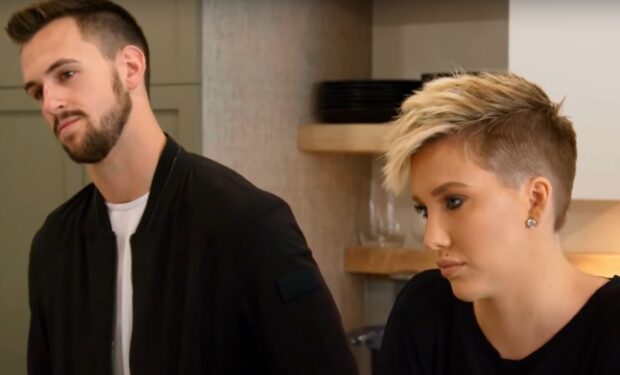 On Season 8 of Chrisley Knows Best, there are lots of laughs as usual and one rare serious adult conversation. While Todd Chrisley‘s 13-year-old son Grayson sneaks out to go to an unsupervised party, his daughter Savannah Chrisley and her fiance Nic Kerdiles tell Todd and his wife Julie that the engagement and wedding are off.

When Julie asks “Was there something that happened?”, Savannah says “it happens when you rush into things” and says “we made a life long adult decision on basically the relationship of kids.”

After the conversation, when Todd and Julie talk alone on the sofa, he says, “Hell, I feel like I’ve been left at the altar!” Todd says he has been handling all of the wedding plans.

He’s not happy when he sees Savannah’s mohawk either. Watch the video below. He says, “That’s something you do after a divorce!”

Although the wedding has been called off, it looks like the happy young couple are still together!