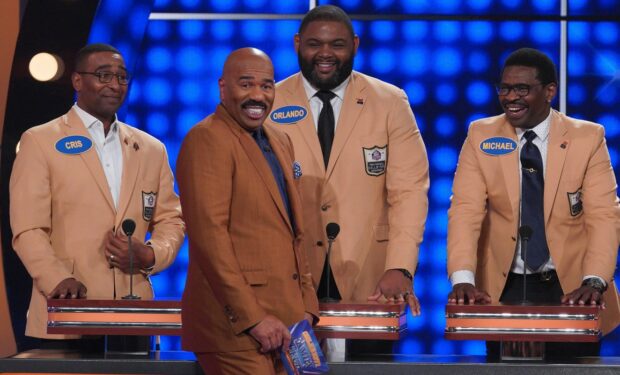 During the Celebrity Family Feud episode, host Steve Harvey asks the contestants: “Name a place outside your bedroom, you made love in.” When Irvin replies: “My office” and adds with dramatic flair, “She played the assistant,” Harvey starts stuttering and tells Irvin, “That’s too much, that’s, that’s, that’s, that’s too much information.”

Irvin waves and calls out to his wife who is presumably in the audience and says, “I love you, baby.” He and his wife Sandy are celebrating their 30th wedding anniversary this year!

Celebrity Family Feud airs Sundays at 8 pm on ABC. [GIVE yourself or a FRIEND the GIFT of Amazon Prime!]