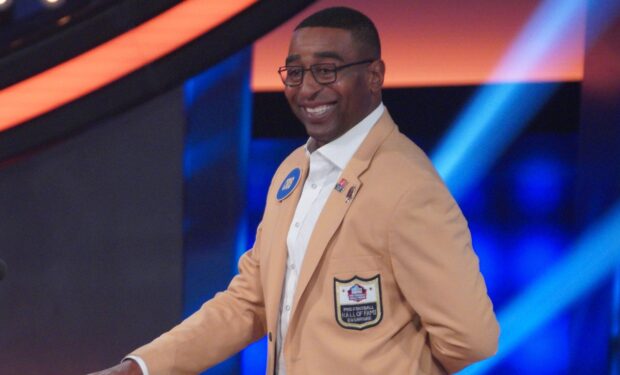 On Season 6 of Celebrity Family Feud, host Steve Harvey welcomes five NFLPA Rising Stars and five NFLPA Hall of Famers including former wide receiver Cris Carter, who is one of 14 players in NFL history with 1,000 or more receptions.

Carter played college football at Ohio State before he was selected the Philadelphia Eagles in the 1987 NFL Draft. After three years with the Eagles, Carter played 12 seasons with the Minnesota Vikings (1990–2001) and one with the Miami Dolphins (2002) before retiring.

When not doing football work and chatting with Steve Harvey, Carter spends time with his gorgeous wife Sue and his two children including Monterae Carter. Monterae — along with the Minnesota Viking Foundation — recently launched a food truck called Vikings Table, which serves healthy meals to youth across the Minneapolis-St. Paul community.

According to the Foundation: Approximately 250,000 children in the Twin Cities are missing meals during summer months.

And when not working on the truck, Monterae enjoys her time off and sometimes in a bikini, as seen in the gorgeous photos above and below.

She captioned the rainbow stripe strapless two-piece photo below (taken in Minnesota): “Work all winter, shine all summer.” Hey, you have to know how to grab attention to do some good in this world!