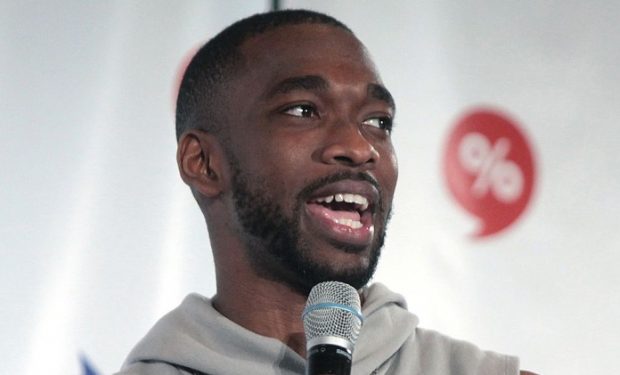 In 1986, while working at Columbia Records’ “black-music division,” Holmes signed New Kids on the Block to their first record deal. The boy band (which still performs today!) consists of brothers Jonathan and Jordan Knight, Joey McIntyre, Donnie Wahlberg, and Danny Wood. Note: Donnie’s younger brother, movie star Mark Wahlberg, was a former member (1984–1985) and was not on the debut album.

According to a 1990 The New York Times article, the record executives “had tried to sell the New Kids to a black audience with the goal of eventually ‘crossing over’ to a white audience (a traditional way of introducing black acts), and programmers of black radio had resisted.” The crossover was a fail.

But Holmes and Columbia charted a new course, hung in there with the act, and found a new audience. NKOTB’s second album, Hangin’ Tough, which targeted the teenage market, was a huge hit.

Fun fact: Cecil Holmes was also a member of The Solitaries, a doo-wop group from Harlem, New York (1959-1964). Listen to their hit “Walking Along”, above.