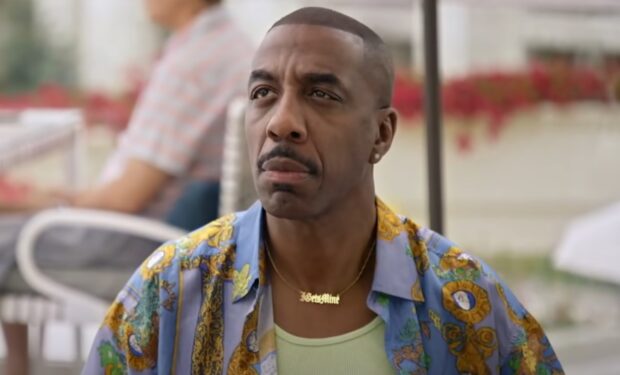 JB Smoove as Leon on Curb Your Enthusiasm (HBO screengrab)

J.B. Smoove is the 54-year-old stand-up comedian/actor who got his big break on Def Comedy Jam in 1995. He went on to write and perform on Saturday Night Live (2003-2005) and landed the role of Leon Black on Larry David’s HBO series Curb Your Enthusiasm, which just got renewed for Season 11.

The same year Smoove took on the role Leon Black, he married his smoking hot wife, singer Shahidah Omar aka SHAH XO, who isn’t shy about revealing a lot of leg in tiny mini dresses as seen above and below.

Check out “The Best of Leon” from Season 10 of Curb Your Enthusiasm (below), you won’t regret it.

Smoove will appear next on the big screen in On the Count of Three starring Jerrod Carmichael (who also directs), Tiffany Haddish and Henry Winkler.