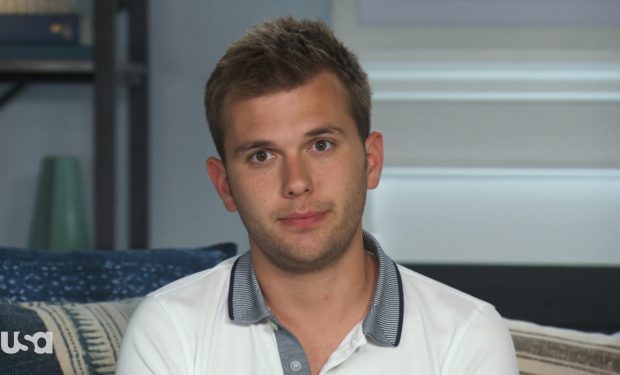 On the USA Network reality show Chrisley Knows Best, Southern real estate mogul Todd Chrisley jokes with his wife Julie, his mother “Nanny Faye” and his two adult children Savannah and Chase, who got their own spin-off reality show Growing Up Chrisley when they moved to Los Angeles together.

In the video above, Savannah captures her grandmother and brother Chase as they take a walk in the woods. Chase tells her he doesn’t want to be on camera because he just ate five donuts which prompts her to zoom in on his belly and exclaim: “Dad bod and not even a dad.”

Chase doesn’t miss a beat. He raises his eyebrows and with a smirk replies, “That we know of.”

Looks like Chase has a new girlfriend — see photo above, which had patriarch Todd Chrisley write: “Be still my heart.”