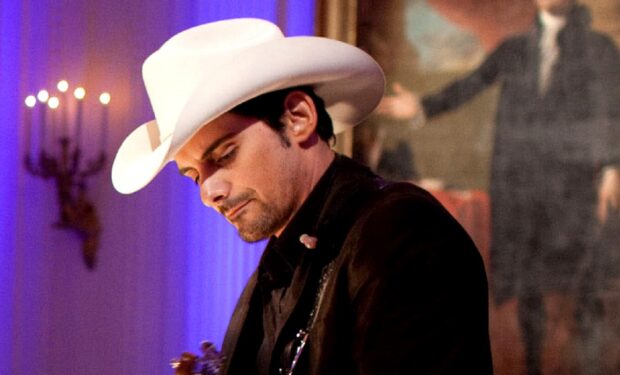 A variety of musical artists are performing at the Macy’s 4th of July Fireworks Spectacular including John Legend, Alicia Keys, Tim McGraw, and Brad Paisley, among other talented Americans.

When not on stage, Brad Paisley (husband of Father of Bride actress Kimberly Williams-Paisley) enjoys the great outdoors and fishing for bass.

When he posted the video above where he catches a huge bass and puts his hand down the fish’s mouth to release, he added dramatic music and captioned it: “summer action movie.”

His fans loved it (and his camo boots!) and fellow country music star Chris Young teased Paisley: “Who caught that for you?” A number of fans joined in on the teasing and wrote: “Had to be Kim.”