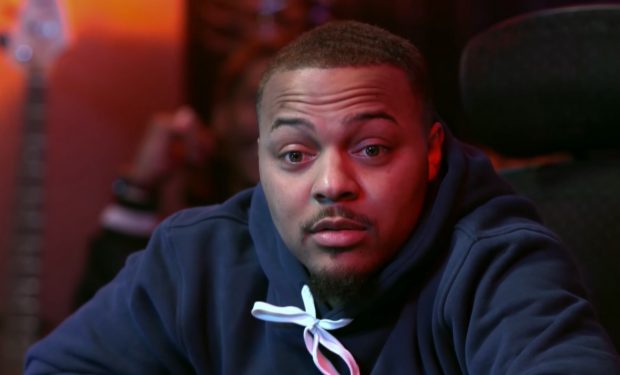 Bow Wow on GUHH on WEtv

When not filming the reality TV series Growing Up Hip Hop with Angela Simmons (daughter of Rev Run) and Romeo Miller (son of Master P), rapper Bow Wow (aka Shad Moss) is likely either promoting his new music and fashion brand or playing basketball.

While “up in the clouds” on a private jet, Bow — who starred in the 2002 basketball movie Like Mike — recorded his conversation with NBA star Trae Young of the Atlanta Hawks.

In the video above, Bow taunts Trae with a shooting contest and tells Trae: “We’re gonna do 10 shot from 40.” Bow adds, “30 or 40” and uses the hashtag #idontneedtheshoes.

Growing Up Hip Hop airs Thursdays at 9 pm on WEtv.