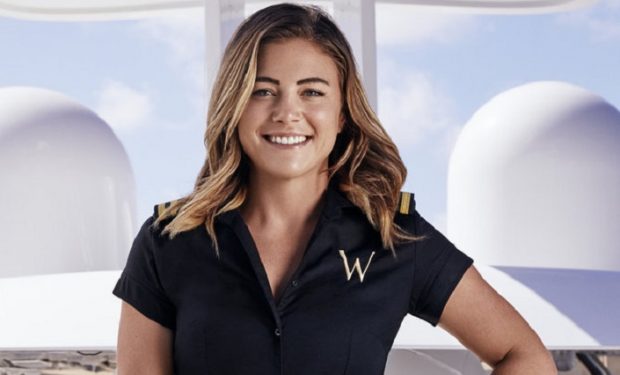 On the Season 5 Below Deck Mediterranean episode “Oh Snap!,” while chef Hindrigo “Kiko” Lorran faces his biggest challenge yet (the eight demanding charter guests invite four friends from a club to their six-course dinner!), the beautiful bosun Malia White continues to climb the ranks. She now has her Captain’s license!

When not filming Below Deck Mediterranean, Malia is soaking in the sun and often in a bikini as seen in the gorgeous pic above. She’s modeling Maui Jim sunglasses but that’s not what most people look at first.