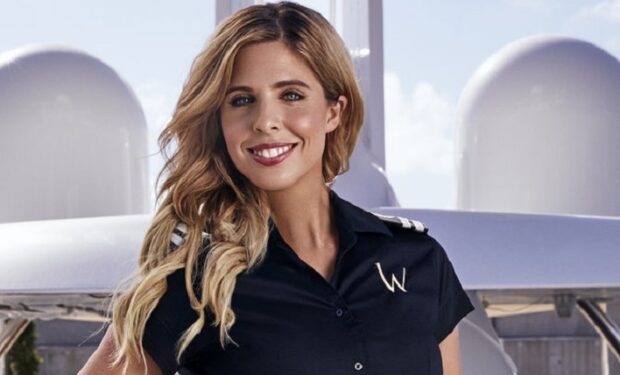 Christine “Bugsy” Drake is the gorgeous South African Second Stew on Season 5 of Below Deck Mediterranean. Bravo says she’s “Best known for her bubbly personality and passion for planning theme parties” and that she “has no issue speaking her mind when things go awry.”

When not filming Below Deck Mediterranean, Bugsy is flaunting her curves in tiny string bikinis as seen in the photos above and below. When she captioned the beach bikini pic above “Got that Friday feeling,” one of her many fans replied: “You should have that hottie feeling.”