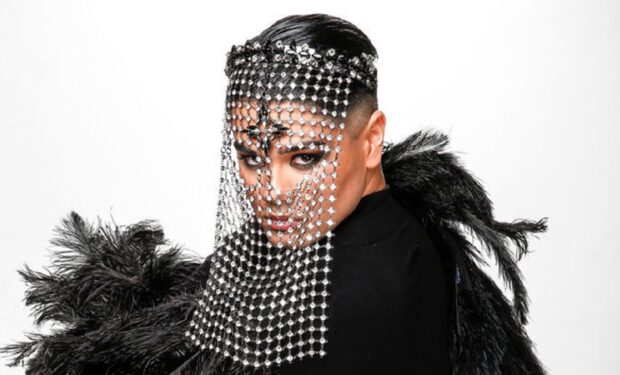 On the seventh and final night of auditions for America’s Got Talent Season 15, judges Simon Cowell, Sofia Vergara, Howie Mandel and host Terry Crews are treated to a performance by Sheldon Riley. It’s not the singer’s first time on stage or on TV.

He competed on The Voice Australia, where he befriended judge Boy George and flirted with Joe Jonas of The Jonas Brothers.

When Sheldon shared the video clips below from The Voice Australia, he addressed Joe directly and wrote that is was: “the first and last time I got away with ‘flirting’ with you on live TV :-).”

Sheldon made it to the Grand Finale of The Voice Australia in 2018, and again on The Voice, All Stars 2019.

America’s Got Talent airs Tuesdays at 8 PM ON NBC. [GIVE yourself or a FRIEND the GIFT of Amazon Prime!]