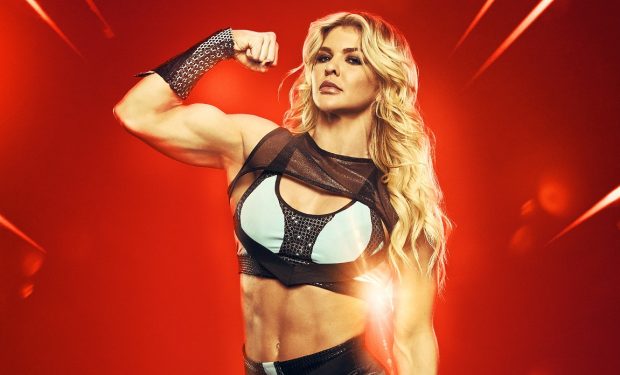 Brooke Ence aka "The Boss" on ULTIMATE TAG (Drew Hermann/FOX)

When not filming Ultimate Tag or working out at the gym, Brooke Ence enjoys her downtime and often in a bikini which reveals her ripped physique as seen in the photos above and below.

More than one fan noted that if they had a body like that they’d be in a bikini all day, everywhere. One wrote: “Now you’re just showing off.“ Another wrote: “Love your waistline!”

P.S. Brooke has launched her own workout and swimsuit clothing brand called EnceWear (see cut-out swimsuit above)! [Stream every CBS show through CBS ALL-ACCESS with a free trial.]