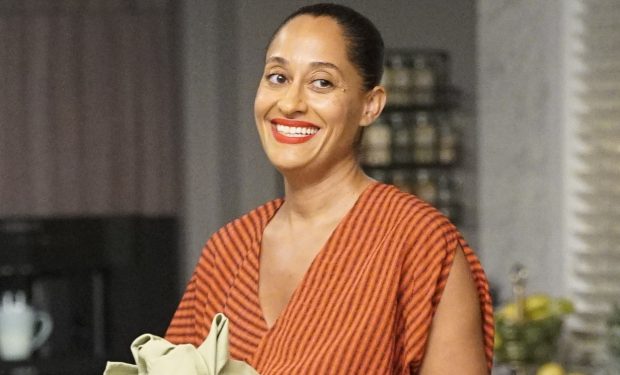 Actress/singer Tracee Ellis Ross (black-ish) is promoting her new movie The High Note and these photos and video below of her posing in a mermaid clam bra with invisible straps is helping to spread the word!

She wrote: “So…. has anyone seen @thehighnotefilm yet? Don’t mean to toot my own horn but ya girl’s song “Love Myself” has reached #17 on the Adult Contemporary charts!! And climbing!  Whattttttttt?!!??!?”