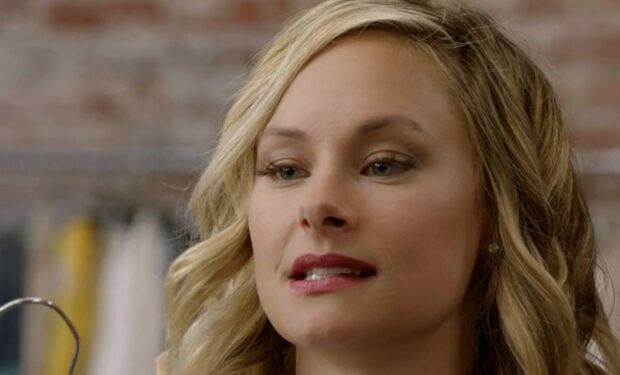 Osche in Their Killer Affair on Lifetime

The protagonist of the Lifetime movie Their Killer Affair (originally titled Deadly Expose) is Detective Maxine “Max” Peyton (Melissa Archer). She’s investigating the murder of a member of Adeline Lilly – a website that matches married adults to other married adults who want to cheat on their spouses. [More Lifetime movies streaming are always available.]

When “more dead bodies show up,” Max draws the conclusion that the victims were targeted and murdered based on their sexual fetishes. Keep your eye on Jen (Alyshia Ochse), the pretty blond working in the clothing store where Max’s boyfriend shows up.

When not on a TV or movie set, Alyshia Ochse (who’s known for her soap opera roles as Zoey on Days of Our Lives and Cassandra on General Hospital) enjoys the outdoors and often in a bikini as seen in the gorgeous photos above and below.

She captioned the bikini pic above: “Peek a boo… I see you.”

Their Killer Affair premieres on Lifetime on Saturday, June 13 at 8 pm.