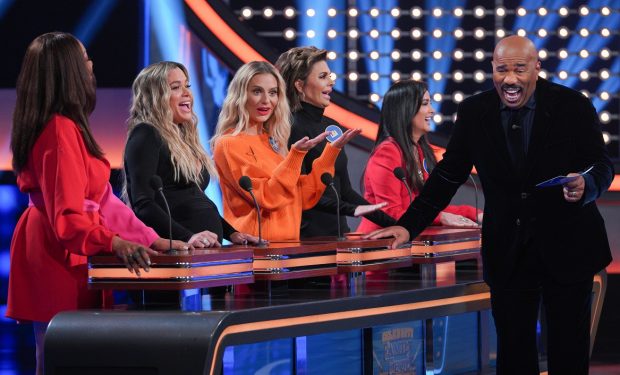 On Season 6 of Celebrity Family Feud, charismatic host Steve Harvey welcomes to show Bravo executive producer Andy Cohen and five of The Real Housewives of Beverly Hills who compete against each other for their favorite charities.

In the sneak peek video above, when asked to “Name something you’d like to do to Steve Harvey’s mustache,” Garcelle seductively says, “Stroke it,” which causes Harvey to pump his fist and repeatedly yell, “Yes!”