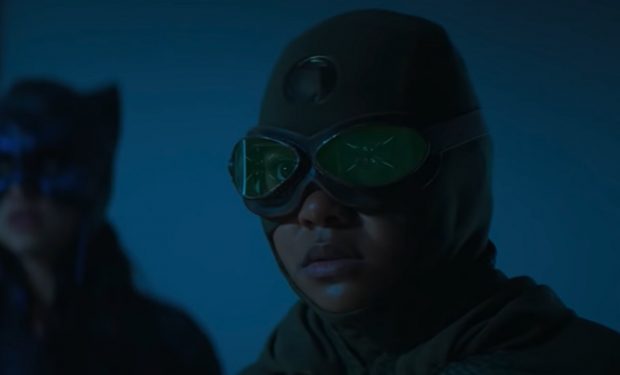 In the Stargirl episode ‘Icicle,’ after a dangerous confrontation with a member of the Injustice Society of America, Pat (Luke Wilson) warns his stepdaughter Courtney aka Stargirl (Brec Bassinger) to back down from her attempts to go after them.

But when Stargirl encounters what she believes to be a message from one of them, she urges Pat to help her.

The character of Beth Chapel aka superhero Dr. Mid-Nite is portrayed by Anjelika Washington, who’s flaunting her curves in a bikini as seen in the photo series above.

Anjelika captioned it: “Malibu’s most wanted” and tagged it #unedited.

Stargirl airs Tuesdays at 8 pm on CW, right before DC’s Legends of Tomorrow at 9 pm. [Watch On Your PHONE: the CW Live On Demand TV app here. Download is FREE.]