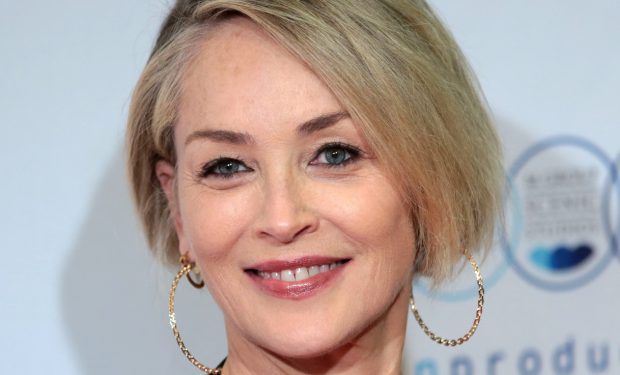 When not on a movie set, Hollywood movie star Sharon Stone (Basic Instinct, Casino) spends time at home and by the pool and often in a string bikini as seen in the stunning (and silly!) photo below. She captioned it: “keeping my head together.”

That puppy pedicure is an expensive one: she’s using Chanel Le Vernis Gold on the pouch. That little bottle retails for $28!

Sharon will appear next on the TV series Ratched with Sarah Paulson and Judy Davis, which is scheduled to premiere in September 2020.

And she’ll appear next on the big screen in the comedy Here Today with Billy Crystal, who wrote the screenplay and directs the film.