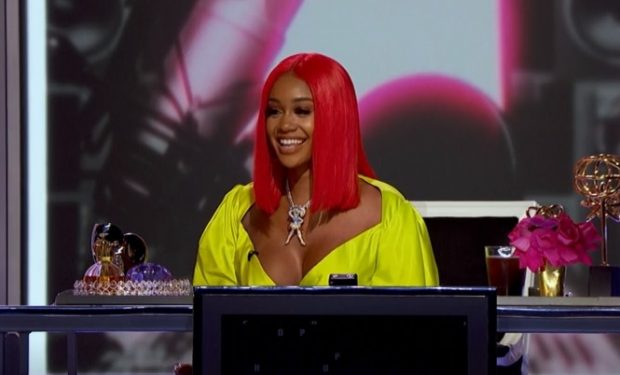 BET has announced a star-studded lineup of performers at its 2020 BET Awards which will also be broadcast live on CBS. Performers include Alicia Keys, Jennifer Hudson, Wayne Brady, Lil Wayne, and rising star Saweetie, among many others.

When not performing on stage, the 24-year-old rapper Saweetie has been promoting her new music on social media and flaunting crazy sexy string bikini pics as seen above and below.

She captioned the photo above, taken for Maxim magazine: “COVER GIRL SH*T.” Be sure to swipe.

Yes, Saweetie is sitting on a block of ice in the string bikini workout pic above.

When Saweetie posted the bikini pic above with the converse stilettos, she gave props to celeb stylist Bryon Javar (“u a MF GENIUS”) and B. Simone replied: “Insane, iconic.”