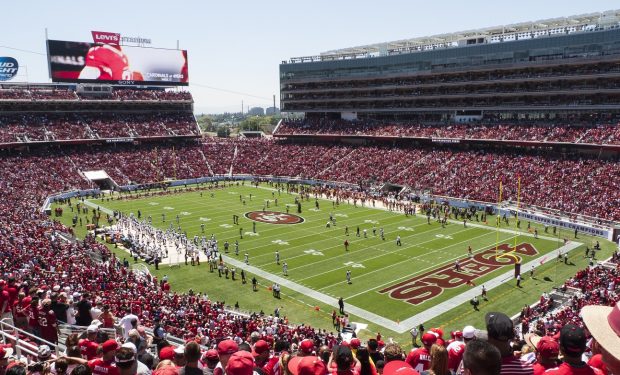 Ross Dwelley is the 6’5”, 235 lbs. NFL tight end playing with the San Francisco 49ers. The 24-year-old played college football at the University of California San Diego (UCSD) before he signed with the 49ers as an undrafted free agent in 2018.

When not on the field, Ross spends time with his gorgeous 6’1″ girlfriend, Danielle Dahle, who played volleyball at UCSD (class of 2015).

Danielle also happens to look amazing in a bikini as seen in the photos above and below. She captioned the cute couple photo above: “Off the grid.”

Danielle is on the far right in both bikini pics below…

ESPN is re-airing 2019 NFL Monday Night Football games every Monday at 7 pm. [NOTE: Get the ESPN digital app and watch any show. It’s free to download.]