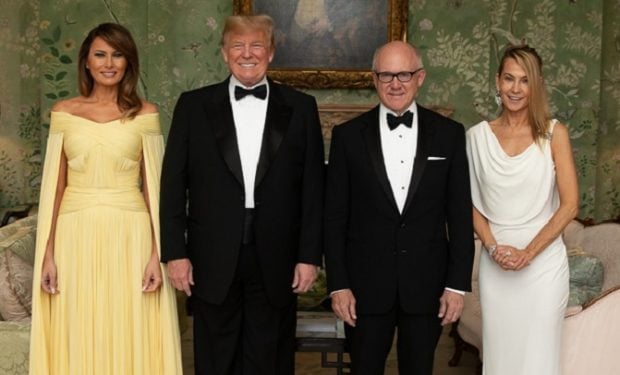 Billionaire Robert Wood “Woody” Johnson IV is the great-grandson of Robert Wood Johnson I, co-founder of Johnson & Johnson, one of the largest American corporations. J & J is known for its consumer brands including Tylenol and Band-Aid.

Woody Johnson and his brother Christopher Johnson bought the NFL team the New York Jets for $635 million in 2000.

On June 22, 2017, Trump nominated Johnson for the position of U.S. Ambassador to the United Kingdom.

When the New York Jets released the statement above regarding the Black Lives Matter response to the murder of George Floyd, many Jets fans left angry replies. The statement was controversial for many, who wondered why it failed to mention “police brutality” or “Black Lives Matter.”