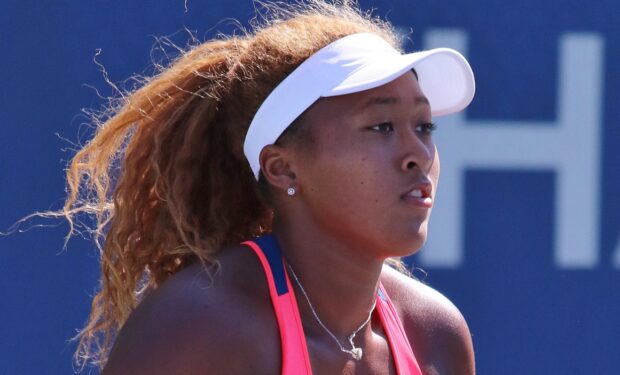 Naomi Osaka at the US Open, photo:si.robi / CC BY-SA

Naomi Osaka is the 22-year-old professional tennis player who won the 2018 US Open and the 2019 Australian Open. She was born in Japan to a Haitian father and a Japanese mother, and moved to America (Valley Stream, Long Island, New York) at the age of 3.

On June 9, 2020, Osaka shared the photo above, of her raising a fist at a MLB LA Dodgers game, and captioned it with a raised fist emoji.

Note: The photo is from a July 2019 Dodgers game, when Osaka threw out the first pitch. But the superstar is posting it now, a strong message to meet the moment of the current turmoil in the country.

When Osaka posted the photo this June, and one fan wrote: “Don’t be shy about it. Keep your head up and raise your ✊🏾 till it touches the sky,” it sparked a conversation about Osaka’s “shyness.”

Other fans replied with claims that Osaka isn’t shy. One wrote: “…it’s an homage to Smith and Carlos (Olympics, Mexico, 1968), not shyness,” and another wrote: “cannot see shyness from strong straight arm. arm tells everything.” And another: “such a power move.”

Osaka announced that she’s returning to Flushing, Queens, New York to compete in the 2020 US Open. (The event which starts in late August will be closed to spectators.)