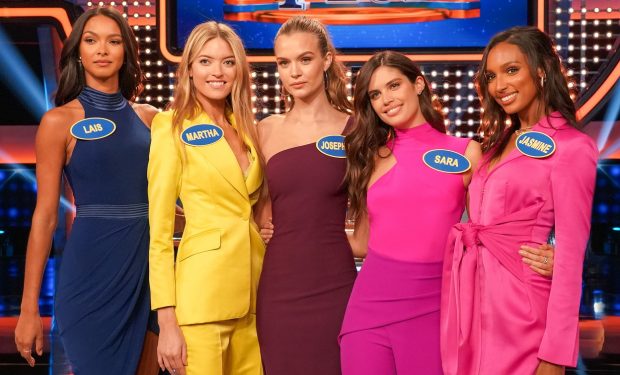 Sara Sampaio is the one of the five lingerie models known as Victoria’s Secret Angels who competed against the men of The Bachelor franchise on Celebrity Family Feud.

If you missed the episode, you’re in lucky: ABC is re-airing the episode on Monday, June 1 at 8 pm.

When not on the runway or on TV, the 28-year-old Portuguese model enjoys her downtime at the beach as seen in the gorgeous tiny bikini pics above and below taken in January.

As one fan replied: “Pure sexiness.” She captioned the “boob curtain” bikini pic below: “Let’s make it count!”

Sara was the first Portuguese model featured in the Sports Illustrated Swimsuit Issue (2014). She captioned the zebra-print bikini pic below: “The shit we do for the gram, swipe.”

New episodes of Celebrity Family Feud air Sundays at 8 pm on ABC, right before Press Your Luck with Elizabeth Banks at 9 pm, and Match Game with Alec Baldwin at 10 pm.