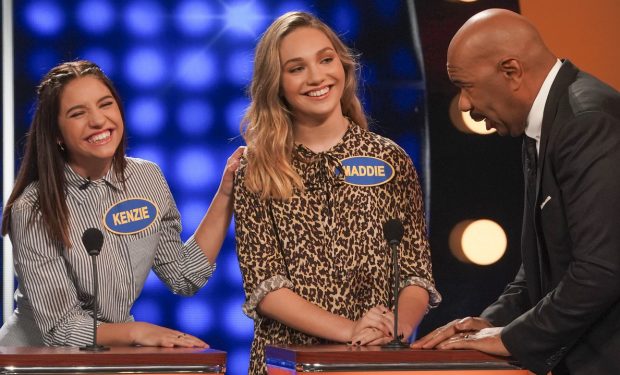 ABC is re-airing episodes from Season 5 of Celebrity Family Feud including the one where former Dance Moms sisters Maddie and Mackenzie Ziegler compete against child actor Gaten Matarazzo (Stranger Things) and his family.

When not on stage or on TV, Maddie and Kenzie are flaunting their curves in tiny string bikinis as seen in the close-up, tan mark-revealing photos above and below, which Maddie captioned: “Much needed.”

New episodes of Celebrity Family Feud air Sundays at 8 pm on ABC, right before Press Your Luck with Elizabeth Banks at 9 pm, and Match Game with Alec Baldwin at 10 pm.