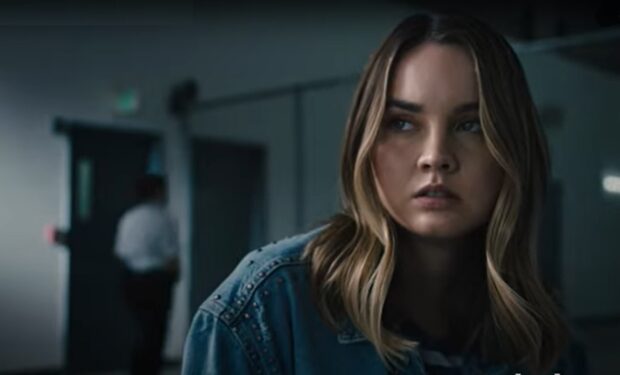 Liana Liberato in Light as a Feather (hulu screengrab)

Actress Liana Liberato is nominated for a 2020 Daytime Emmy Award for her role as McKenna Brady in the supernatural thriller series Light as a Feather on hulu. Liana plays high school senior McKenna, who struggles to overcome the curse of the game, and McKenna’s late twin sister Jennie Brady.

When not filming Light as a Feather, the gorgeous 24-year-old from Texas is enjoying the great outdoors and sometimes in a bikini as seen in the fun photo above which she captioned: “adventures continue.”