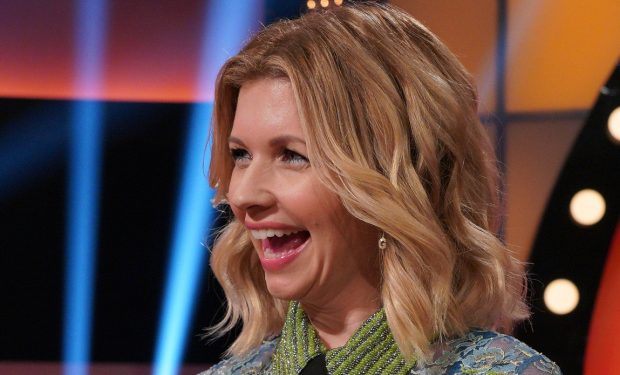 On Season 6 of Celebrity Family Feud, host Steve Harvey welcomes fellow stand-up comedians turned actors when Kevin Nealon (Saturday Night Live, Man with a Plan) and Drew Carey (The Price Is Right, The Drew Carey Show) and their families and friends play against each other for charity.

Kevin Nealon, 66, is no dope, he invited his gorgeous and talented wife, actress Susan Yeagley, 49, who’s best known for her role as Jessica Wicks on Parks and Recreation and who looks incredibly great in a bikini as seen in the photos above and below.

New episodes of Celebrity Family Feud air Sundays at 8 pm on ABC, right before Press Your Luck at 9 pm with Elizabeth Banks, and Match Game at 10 pm with Alec Baldwin.