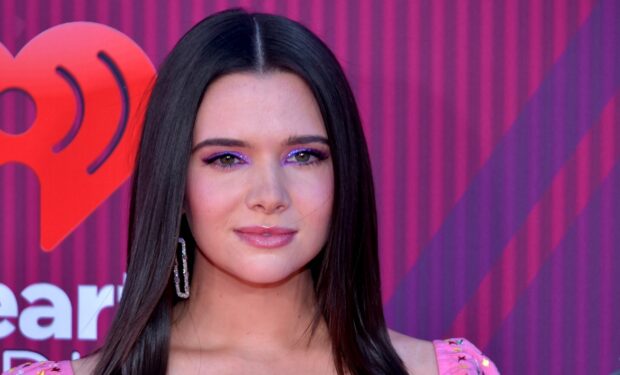 Singer/actress Katie Stevens got her big break when she made it to the Top 9 on American Idol in 2009 (Season 9). Since then, over the past ten years, Katie has been pursuing her acting career with aplomb and landed the roles of Karma Ashcroft in Faking It and Jane Sloan in The Bold Type.

She and four of her Bold Type co-stars are competing on Celebrity Family Feud against RuPaul and a team from his reality show RuPaul’s Drag Race.

She captioned the sexy lingerie pic above: “This thirst trap is brought to you by tonight’s brand new episode of The Bold Type!” and added “You don’t wanna miss it!” Katie also looks great in a string bikini as seen in her honeymoon pics above and below.

Celebrity Family Feud airs Sundays at 8 pm on ABC, right before Press Your Luck with Elizabeth Banks at 9 pm and Match Game with Alec Baldwin at 10 pm.