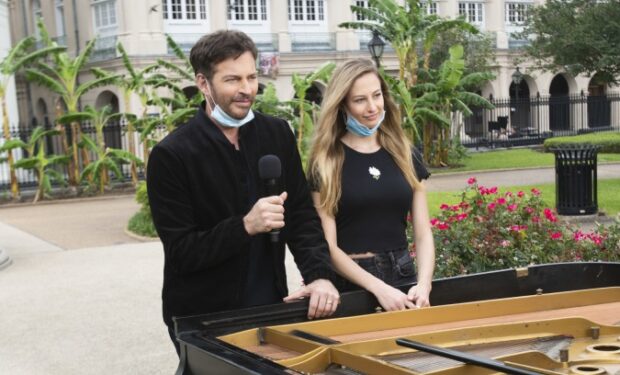 In the stunning bikini pics above and below, Harry Connick’s eldest daughter Georgia is modeling bikinis designed by her sister Kate Connick, who also looks amazing in a bikini! As one fan wrote, “ur so pretty, it’s not fair.”

Georgia says (in the post below) that she’s “absolutely obsessed with the bikini below which “comes in watermelon too.”

United We Sing: A Grammy Salute to the Unsung Heroes airs Sunday, June 21 at 8 PM ON CBS. [NOTE: Stream any CBS show through Amazon Prime or CBS ALL-ACCESS. Both options offer free trials.]