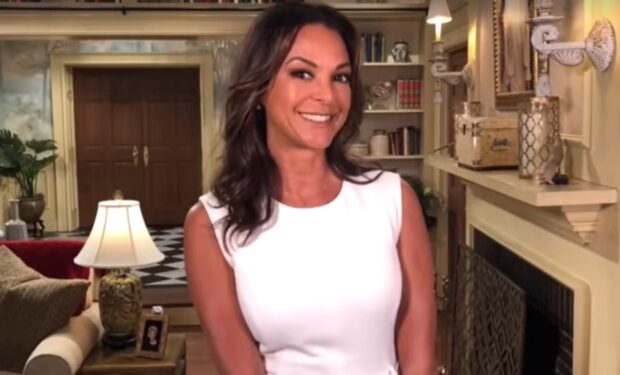 Eva LaRue, The Young and the Restless, CBS promo

Actress Eva LaRue is best known for her roles as Detective Natalia Boa Vista on CSI: Miami and as Dr. Maria Santos on All My Children. For the latter she was nominated twice for a Daytime Emmy Award (1997, 2004).

Sixteen years later and Eva is up for another Daytime Emmy this time for her guest performance as Celeste Rosales on CBS’s soap opera The Young and the Restless.

When not on a TV or movie set, the gorgeous 53-year-old actress is flaunting her curves in a string bikini as seen above. She has a daughter who just graduated from high school!

The bikini pic below with her sisters prove she has good genes! (Eva is in the middle!)