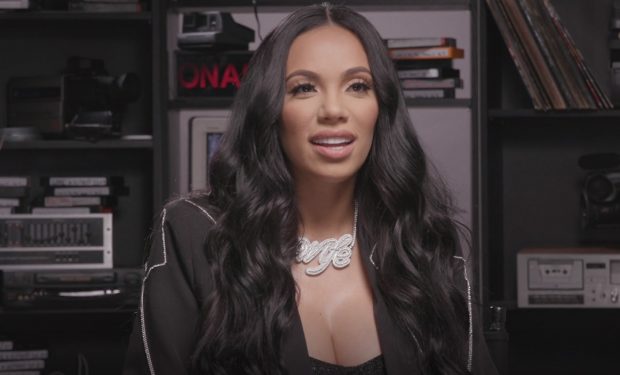 When not filming Love & Hip Hop, the 32-year-old VH1 reality TV star Erica Mena spends time with her new husband, rapper Safaree Samuels (they got married in New Jersey in October) and their 4-month-old baby girl.

Just four months after having her baby, Erica is flaunting her insanely flat abs in an equally insane tiny string bikini by the pool in the pics above and below.