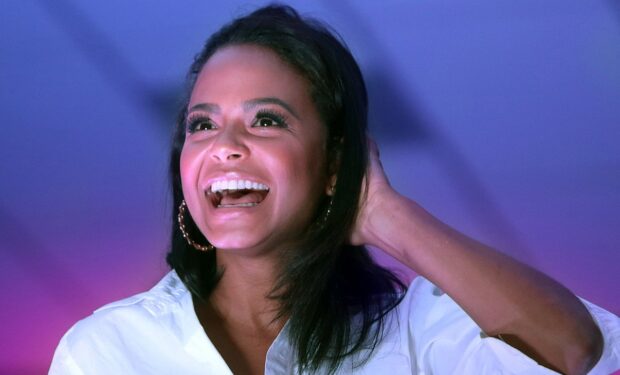 Christina Milian signed a record contract with Murder Inc. Records at the age of 19. Since then, she launched her acting career (she starred in the sitcom Granfathered) and landed her own reality TV show Christina Milian Turned Up.

And on a personal note, she had two babies! She and her ex-husband The-Dream are parents to a 10-year-old daughter, and she and her fiancé, French singer M. Pokora had a baby boy on January 20.

Six months after having her second baby, Christina is flaunting her post-baby body in gorgeous lingerie photos including the Fenty x Savage pics above which she captioned “Xtra Meat. Xtra Sauce. Eat your heart out.”