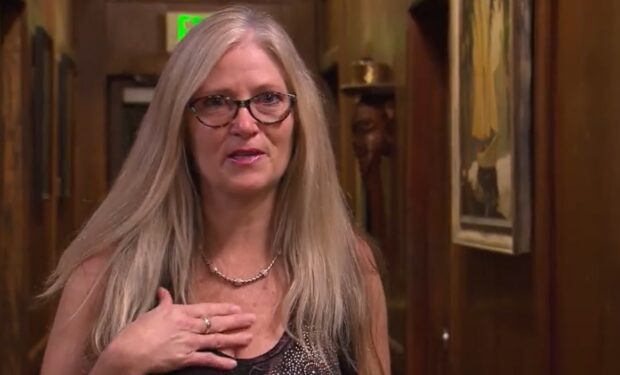 On the Bar Rescue episode ‘Fear and Molding on Pineapple Hill,’ Jon Taffer travels to Tustin, California in Orange County to visit Pineapple Hill Saloon & Grill. Before introducing himself to the owner, Reva Renee Renz, he does his signature recon work which reveals moldy ribs in a “cross-contaminated” kitchen.

If Reva Renz looks familiar, you might recognize her from her politics days. In 2003, she (and about 135 other residents) ran for governor of California against fellow Republican Arnold Schwarzenegger. Yup, this guy…

One of the things Reva wanted to do if elected was to extend California’s “last call” at bars one hour to 3 am. Prior to Schwarzenegger‘s win (he won more than 9.4 million votes; Reva won 333 votes), the former amateur bikini model Reva told a local newspaper: “people will see that I’m not a dumb blonde.”