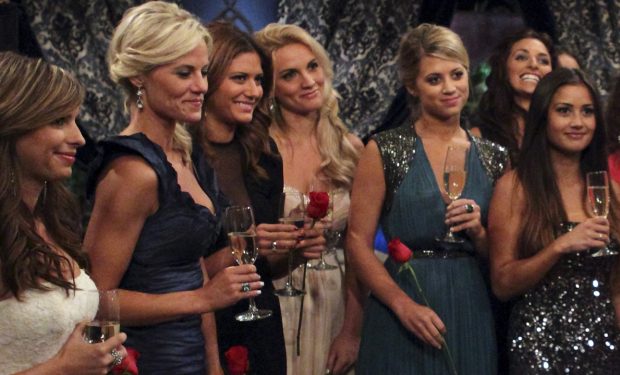 ABC is airing highlights of Season 17 of The Bachelor starring former Kansas State football player Sean Lowe. He ended up proposing to and marrying Catherine Guiduici, now mother of his three children. But contestant Daniella McBride came close to “winning.”

Daniella, who was 24 at the time, was working as a commercial casting associate in Belmont, California. Seven years later and she’s still enjoying the California lifestyle and sometimes in a string bikini. She captioned the photo above: “listening to some good jams.”

When she posted the neon green pic above, she received a handful of offers from swimsuit companies to collaborate.

The Bachelor: The Greatest Seasons – Ever! airs Mondays at 8 pm on ABC. [Watch on your phone with the ABC GO Digital App found here. Download is FREE.]