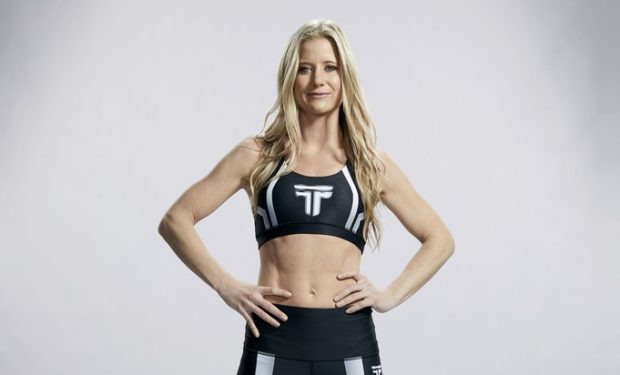 On the Season 2 premiere of The Titan Games, creator and executive producer Dwayne “The Rock” Johnson will reveal the competition’s new format with regional brackets and the addition of Professional Athlete Titans including Olympic gold medalist snowboarder Hannah Teter.

When not on TV or on the slopes, the beautiful Hannah Teter is often in front of a camera — and in a string bikini as seen in the gorgeous, snowy and cheeky bikini photos above and below.

She captioned the backside bikini pic above: “The cold never bothered me anyway!” and used the hashtag #wokeuplikethis.

For the record: Vermont native Hannah Teter, 33, is a three-time Olympian and two-time medalist who has received an ESPY for Best Female Action Sports Athlete, among other awards.