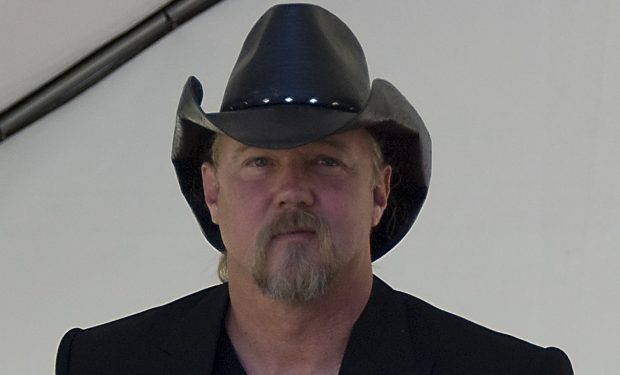 Country music star Trace Adkins is one of many celebrities honoring American men and women in uniform with performances at the 2020 National Memorial Day Concert 2020.

When not on stage, 58-year-old Trace Adkins spends time with his newlywed wife, 49-year-old Canadian actress Victoria Pratt. They married in October 2019 — Trace’s good buddy Blake Shelton was the officiant!

Victoria is known for her roles as Casey McMurty on Heartland and Rose ‘Sarge’ on the sci-fi fantasy series Cleopatra 2525. She says her Sarge costume (see above) was “the most unforgiving costume in history” and says it was “3 years of torture.”

Cleopatra 2525 aired 20 years ago but Victoria still has those abs of steel, as seen in the post-workout pic above. The National Memorial Day Concert will air on Sunday, May 24 at 8 pm on PBS.