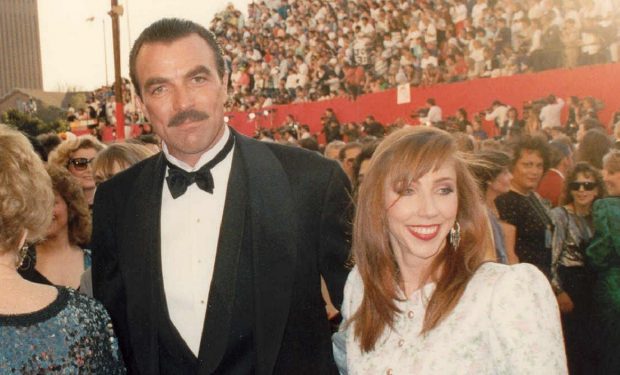 When not filming CBS’s popular crime drama Blue Bloods, actor Tom Selleck spends time with his wife of 33 years, Jillie Mack and their gorgeous 31-year-old daughter Hannah Selleck, who has been a competitive equestrian show jumper since the age of 14.

When Hannah’s not competing, she’s either training horses on her farm or enjoying the outdoors in a bikini as seen in the hot and gorgeous pics below.

She captioned the snake-skin print bikini pic above, taken after a leg injury: “temporarily hobbled.”

Hannah recently told Palm Beach magazine that she leads “a bit of a gypsy life,” and it suits her. “I plan on competing as long as I enjoy it, and I don’t see that going away anytime soon.”

In the bikini pic above, Hannah’s on the far right…