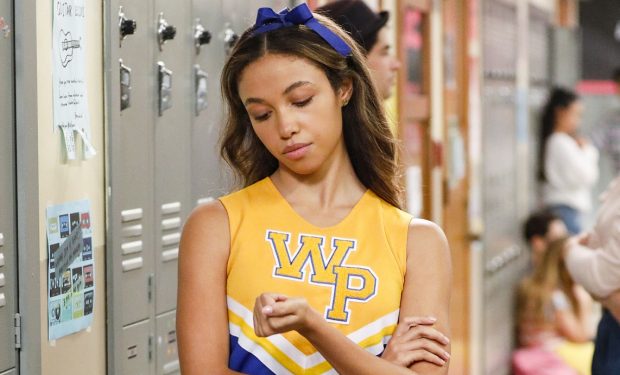 When not on a TV set, Sarah is often modeling and often looking gorgeous in a bikini, as seen in the photos above and below. She titled the “pretty in pink” bikini shots above: “raw digis.”

The Goldbergs airs Wednesdays at 8 pm on ABC, right before its spin-off Schooled at 8:30 pm, American Housewife at 9 pm, and Single Parents at 9:30 pm.