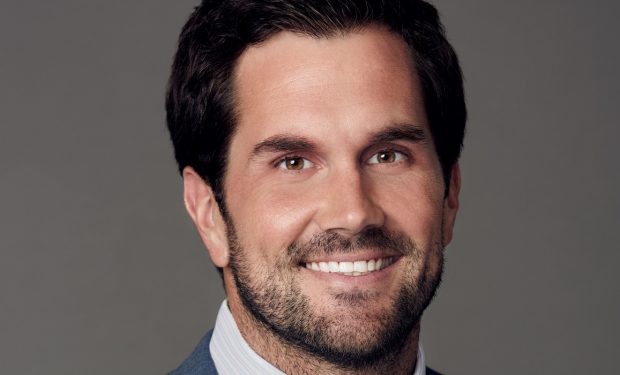 Matt Leinart is the former NFL quarterback and Heisman Trophy winner who played college football at the University of Southern California (USC) before he was drafted by the Arizona Cardinals in the first round of the 2006 NFL Draft.

The 6’5”, 225 lb. athlete is now working as a studio analyst for Fox Sports. He will be one of the NFL celebrities competing in the FOX eSports Madden NFL Invitational 2.0.

When not working with Fox Sports, Matt Leinart, 37, spends time with his gorgeous and talented wife of two years, Josie Loren, the 33-year-old Miami native who looks amazing as she dances (Salsas!) in a tiny string bikini in the video above.

Note: That’s her 13-year-old stepson Cole in the photo above. Josie just became a mom in January. It’s a boy!

Josie Leinart is an actress best known for her roles on The Mentalist (FBI agent Michelle Vega) and Make It or Break It (Kaylie Cruz).

Josie somehow found time to go back to school, graduate from Loyola Law, and pass the bar!